What are miniature circuit breakers?

I What are miniature circuit breakers? 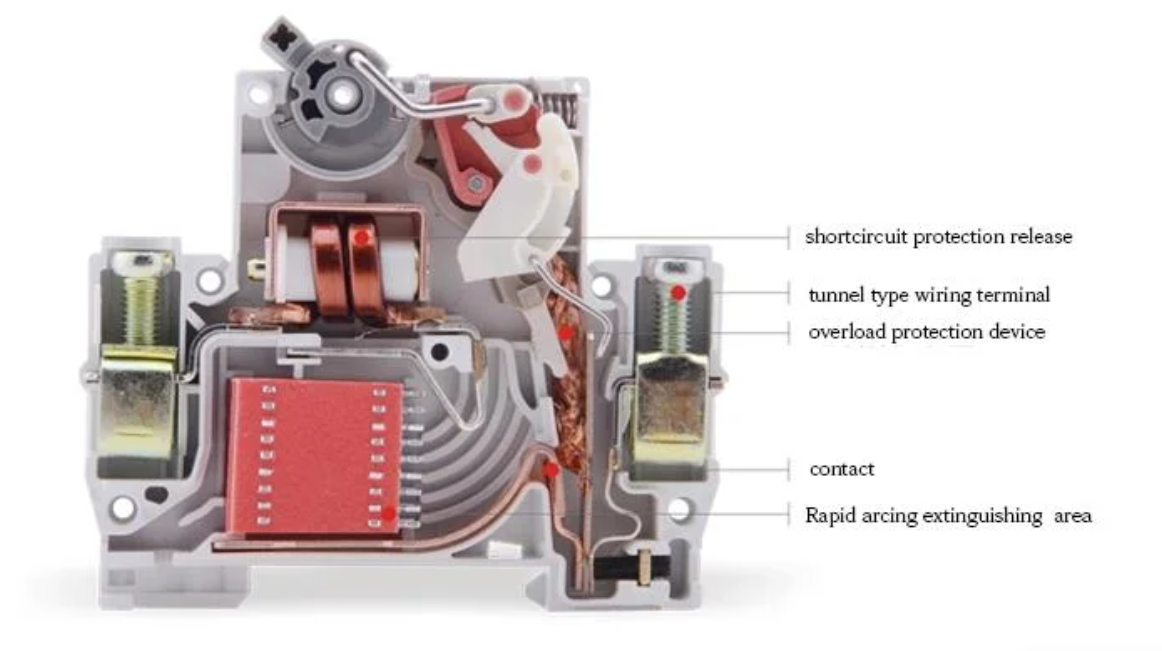 In short circuit, the magnetic field caused by big current (generally 10-12In) conquers the reverse force spring. Tripper pull the operation mechanism to trip instantaneously. The current will be bigger when the power overload, the calorific value increased to deform the bi-metal strip at certain degree to trigger mechanism to operate. (the bigger the current, the short of the operation time)

For electronic type, it uses instrument transformer to collect the current value and compare with the setting value. The microprocessor sends the signal when current abnormal, to make tripper operate the mechamism.

The function of circuit breaker is to cut off and connect the loading circuit, to cut the fault circuit to prevent accident from expanding, to ensure safe running.

Arc blow-out is the key problem to solve in circuit breaker. The principal of arc blow-out is mainly about cool down the arc to reduce the thermal dissociation. On the other hand, to strengthen recombination and pervation of charged particle through arc blow to elongate the arc, at the meanwhile, to blow off the charged particle at the arc gap, to restore insulation strength of the medium.